Twilight Trees offer a professional bespoke Christmas decoration service. We offer a twist on the traditional whilst staying true to the season and will design tailored to your requirements. Twilight Trees Christmas installations are typically low maintenance, high impact and as always, come with impeccable levels of service.

The setting: This iconic shopping arcade in the heart of London’s Mayfair is described as ‘the jewel in Mayfair’ and welcomes up to 4 million visitors a year. At 179 metres long, the beautiful covered shopping arcade remains one of the longest in Britain and has 46 luxury boutiques. Built in 1819 but updated many times, Burlington Arcade is a slice of ornate Regency architecture.

The space: Intricately detailed arches span its entire length, separating each of its 17 bays, while light floods in through a vaulted glass ceiling.

Achieved look: A long row of sparkling trees gave the arcade a classic and sophisticated look at Christmas and one that was completely new for this staunchly traditional arcade. The trees stretched the whole length of the arcade and it created an almost tunnel of twinkling trees. This was accentuated by the new and intricately designed floor which was designed to combine both tradition and modernity.

Resulting business:
Burlington Arcade had a feature display that was talked about across the world. It was shared across social media, footfall increased, as did resulting sales. All tenants were satisfied that their display was representative of the arcade and it’s objectives and brought in desired ROI.
Twilight Trees created a tree specifically for the arcade, which has consequently become one of Twilight Trees’ best sellers.

The relationship became a long-standing one and Twilight Trees decorated the arcade for Christmas for four consecutive years.

“This was one of our first mega installs and we designed the tree specifically to suit the arcade. The objective was to make sure that we created impact without obstructing the windows or thoroughfare. In order to do this, we took our existing tree and lengthened the trunk. This is to this date, one of our best selling trees”

“These trees are truly magical and certainly get you in Christmas spirit!” 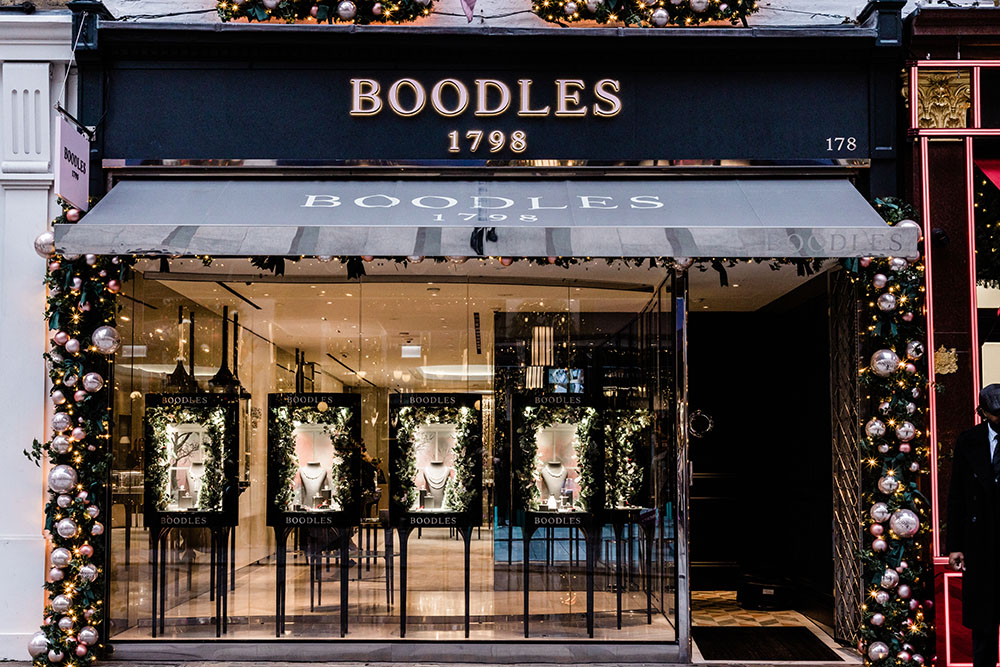 Key concept to work with: The soft pinks, romantic play of light and magical sparkle that comes with a frosty morning in the British countryside.

The installation: Six large sash window surrounds were created by hand by our team in Hampshire and one large visual display for the main shop window. The surrounds were made up of dense layers of Yew and Ivy, LED fairy lights added the magical sparkle. The surrounds were adorned with bespoke baubles crested using the brand colours and logo. Moss green velvet bows were hand-tied and woven into the display to create the perfect finish.

The windows were backlit with bespoke lighting that bathed the building in the specified brand Panetone and worked beautifully to make the display stand out from other strong contenders on the street.

Feeling inspired to find out more?

Or add your details below and our team will get in touch to discuss your project. 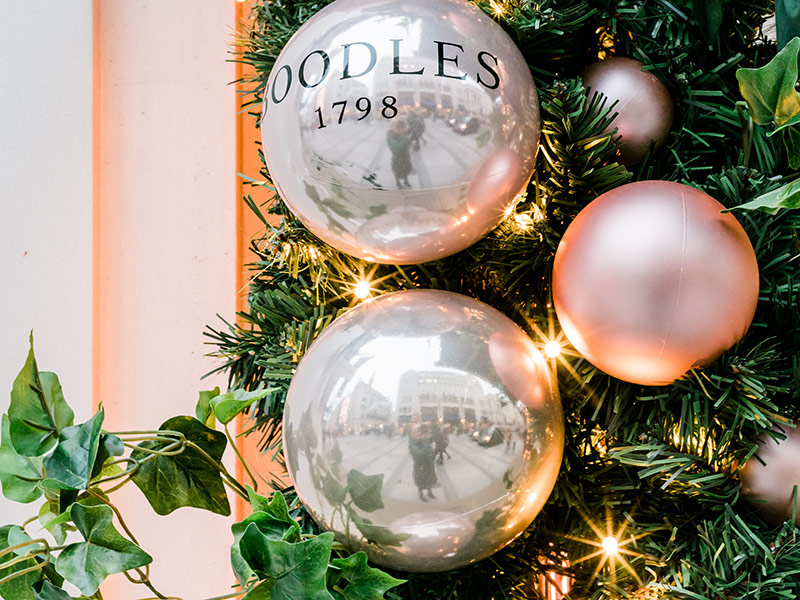